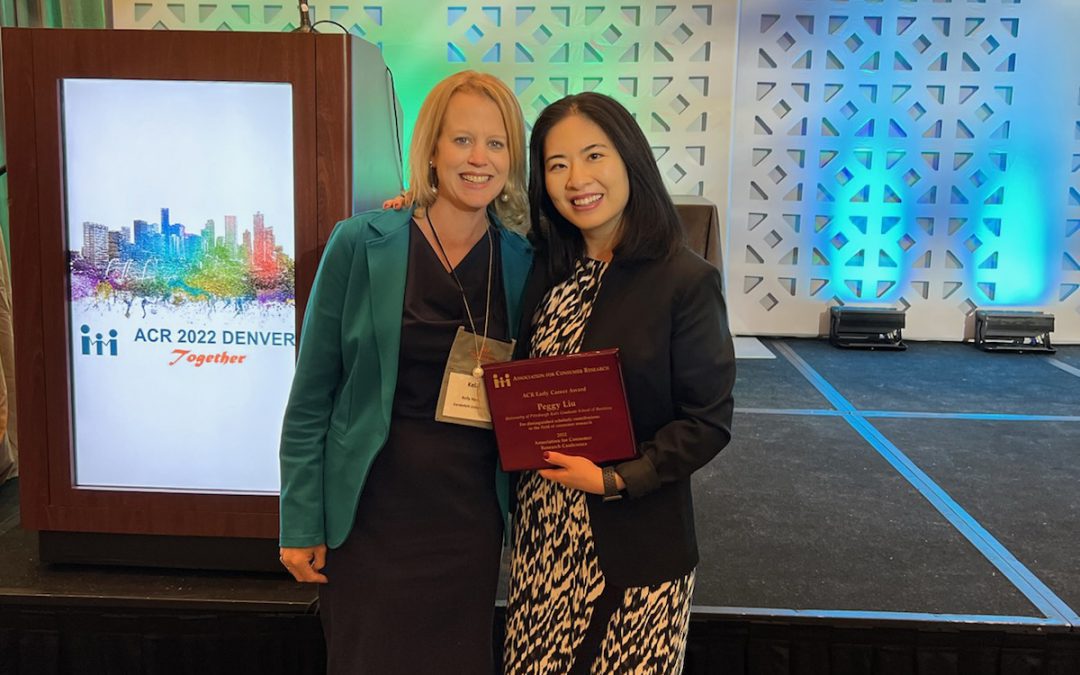 Peggy Liu, the Ben L. Fryrear Chair in Marketing and associate professor of Business Administration for Pitt’s Joseph M. Katz Graduate School of Business, has been awarded the prestigious 2022 Early Career Award for Distinguished Contributions to Consumer Research by the Association for Consumer Research (ACR).

The award, announced at ACR’s annual conference in Denver on Oct. 20-22, 2022, honors excellent research contributions of one or more consumer behavior researchers who received their Ph.D. between 5-8 years ago. Award selection criteria include innovation, methodological rigor, and the potential to substantially advance the understanding of consumer behavior. The award committee chose Liu as this year’s sole recipient.

“I am deeply honored to receive the ACR Early Career Award,” Liu said. “I am very grateful to my advisors, mentors, and coauthors at Katz, other Pitt schools, and at other universities, as well as my students. I am very excited about continuing to conduct research aimed at understanding and improving the lives of consumers, especially in the domains of health and social connection.”

Liu also received the Journal of Consumer Research (JCR) Outstanding Reviewer Award at the ACR conference, which is awarded to members of the JCR Editorial Review Board who provided constructive, benevolent, and punctual reviews during the previous year.