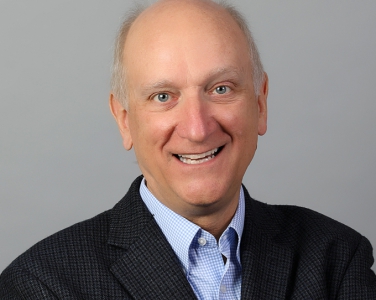 J. Jeffrey Inman, Associate Dean for Research and Faculty and Albert Wesley Frey Professor of Marketing, has been named a Fellow of the Society for Consumer Psychology.

One honoree is named each year in recognition of unique and outstanding contributions to the field of consumer psychology. Inman has published more than 50 articles and has more than 11,000 Google scholar citations. He has been actively involved with the Society for most of his career, serving as co-chair of its annual conference, on the editorial board of the Journal of Consumer Psychology from 2005 to 2017, and as president of the organization in 2017.

“It’s humbling and flattering to be selected by my peers for a prestigious recognition such as this,” says Inman, who presented a Fellow’s Address highlighting his research at a special session of the Society for Consumer Psychology annual meeting in Huntington Beach, California, in early March.

“The recognition Jeff received is certainly also an important honor for our school,” says Arjang A. Assad, Henry E. Haller Jr. Dean of the Joseph M. Katz Graduate School of Business and College of Business Administration. “This is yet another example of how our School’s scholarly reputation is enhanced by faculty playing a leadership role in their top professional societies.”

“To know that other academics have found my work to be interesting motivates me to continue participating actively in the field of consumer psychology,” says Inman. His current research includes cutting-edge consumer-technology interaction and applied consumer behavioral theory in healthcare. He also currently serves as the editor-in-chief of the Journal of Consumer Research.