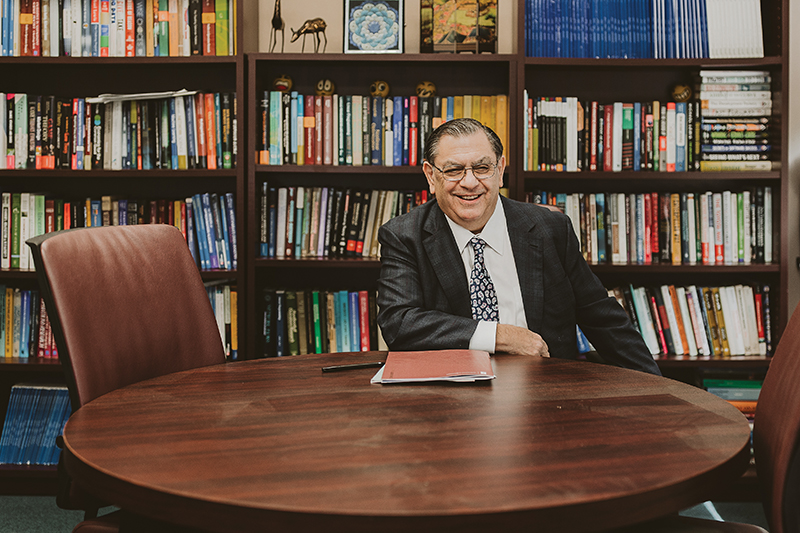 Dr. Arjang A. Assad is a Professor of Business Analytics & Operations and Dean Emeritus of the University of Pittsburgh’s Joseph M. Katz Graduate School of Business and College of Business Administration—the graduate and undergraduate components of Pitt Business. After assuming the role as the seventh dean in July 2015, he led the School in the development and pursuit of a comprehensive strategic plan that aligns with the University’s Plan for Pitt and has positioned the School for continued growth and success.

Under his leadership, Pitt Business has moved forward and increased its reputation, making it an increasingly attractive and affordable choice for students from around the world.

Prior to joining Pitt Business, Assad served as the dean of the School of Management of the University at Buffalo, State University of New York, where he significantly expanded both the faculty size and the budget of the School. Previously, at the Robert H. Smith School of Business at the University of Maryland, he served as a key member of the leadership team during a period of exceptional growth. Completing his role as Senior Associate Dean in 2007, he was named the inaugural Dean’s Professor for Extraordinary Service in recognition of his service to the school.

Widely recognized for his scholarly contributions to the optimization of distribution systems, operations, and quality management, and the history of Operations Research, Assad has authored or edited more than 50 refereed articles and book chapters, and has served as a member of the editorial boards of several prestigious scholarly journals, including Operations Research, Transportation Science, and Production and Operations Management. A strong advocate for excellence in teaching, he has been recognized for his own teaching. His teaching awards include the Kirwan Undergraduate Education Award, the University of Maryland’s highest campus recognition for contributions to undergraduate education.