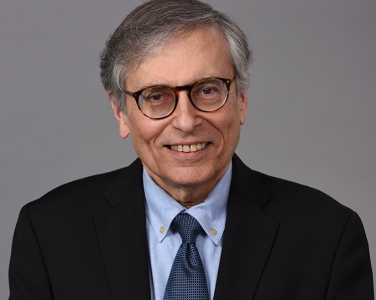 My research interests center on agency in a variety of institutional settings. I was one of the originators of the theory of agency (1973), including its name and its institutional stream, and am responsible for one of its key logics: Perfect agency is rarely obtained because principals find that the marginal benefits of assuring perfect agency do not exceed the marginal costs of doing so; it just does not pay to make agents be perfect. Thus, because the benefits from securing and assuring perfect agents often fail to exceed the perceived costs of obtaining such agents, social and organizational institutions are structured to manage the resulting dilemmas. In other words, agency is often about the management of imperfection.

The institutional theory of agency then focuses on such major questions as the means by which social and organizational performance failures persist and are managed, the relational dynamics of agent and principal, the strategies used by agents and principals to assess the qualities of their exchange partners, including the credibility of the testaments provided about those qualities, the normative governance of agent-principal relations, the external presentation of and/or reputational manipulation of agency relationships, and many other related questions.

My work first identified the fiduciary norm as a true social norm featured in agency relationships (not only in the context of the fiduciary principle in law), similar to such other social norms as reciprocity, giving, helping, promise-keeping, and so on.

Theory of Testaments/Rule of Two

The theory of testaments seeks to understand how decision makers assess the credibility of the presentations made by others about the social world and the nature of their participation in it. Social actors seeking assignment of credibility to their qualities and actions can present reports about the past, claims about the present, and predictions about the future. Social processes of verification of reports, validation of claims, and confirmation of predictions are then applied. But the assessments that occur are not costless, and so participants tend to economize on the “assurance load” attached to these evaluations. In addition, they use rules of thumb such as the requirement that a statement about phenomena be matched by a second independent observation (but not necessarily additional observations, because of the cost) — which is termed the Rule of Two. The theory can generate explanations regarding a variety of common organizational phenomena.

In general, successful joint action or incorporation in organizational action requires that credible testaments, i.e., statements that produce belief that organizational performance will occur as it is claimed to occur, must accompany the credible commitments that provide rational support for such action.

A working group in the University of Pittsburgh Graduate School of Public and International Affairs consisting of four graduate students and myself have developed several papers addressing what we call wicked wicked problems. These are cycling social problems that add changing moral guidance to the traditional wicked problem cycle in which the action of implementing solutions to social problems generates new problems, preventing closure. We identified a careful definition for the classic “wicked problem” identified somewhat casually in the classic planning literature, developed a new way to graphically depict the cycling as a “wicked wicked walk,” and applied our approach to three developing country contexts and to the Flint, Michigan, lead contamination case. Research from this project will appear in papers and in a planned book. All publications from the project will be jointly authored.

In a series of papers with Robert C. Ryan, we are exploring various aspects of the social construction of organization systems by participants in the face of uncertainty, including how individuals and organizations judge the characters of social settings as credible, and commit to action in such settings.

Dr. Ryan and I published “On Making Meanings: Curators, Social Assembly, and Mashups,” in Strategic Organization in May 2015. This paper argues that institutional theory has three legs: meaning-making, meaning-evangelizing (cf. the literatures on institutional agency/legitimacy/isomorphism), and meaning-applying (cf. the literatures on categories and on sensemaking). But scholars have so far paid insufficient attention, both in theory development and in empirical work, to meaning-making institutions, actors, and logics. In this paper we introduce the creator/curator distinction of actors and logics, and their importance for institutional theory. We also introduce the concepts of social assembly and social mashup.

In other papers, Dr. Ryan and I examine how actors in institutional settings make decisions and commit to actions in the face of uncertainty, and the set of meta-cognitive actions that managers take to add value to a problem-solving organization. In one paper, we look at the means by which organizational routines are adjusted by micro-level managerial interventions (“tiny acts of management”) to adapt appropriately to both new technological demands and to changes in other organizational routines. We suggest that managers work from a portfolio of meta-cognitive analytic processes, and we characterize and sort these approaches.

In a second paper, Dr. Ryan and I develop a model of how organizational participants commit to action, including such steps as gathering perceptions about the social environment, testing the quality of those perceptions, assessing them in the light of commonplace and/or characteristic beliefs held by the observer regarding the context for action, reaching a judgment regarding the credibility of observations and the likely consequences of given actions, and, finally, committing to action. We critically examine the analysis of the Mann-Gulch fire disaster presented by Karl Weick in the light of our model.

In the same stream, my Sumner Marcus Award Address (2015) on “Practical Plagiarism….” at the SIM plenary presented a social constructivist approach to academic plagiarism. The paper identifies a set of social mechanisms that result in plagiaristic behaviors.

I have a significant research stream on government regulation and on corporate political activity. My 1980 book The Political Economy of Regulation: Creating, Designing, and Removing Regulatory Forms (Columbia University Press) is considered one of the basic treatises on the area (its definition of regulation is sometimes labeled “classic” by scholars in the area), was translated into Spanish, and is still frequently cited. Reviews of my 1993 book on corporate political activity, Corporate Political Agency: The Construction of Competition in Public Affairs, described it as an essential resource on this topic. I have also published on the differences between public and private organizations.

I am an active researcher in the general area of corporate social performance and business ethics. My December 2000 article in Business & Society on the measurement of corporate social performance won the 2002 best article award sponsored by the International Association for Business and Society and the California Management Review. This annual award is the highest research award in my field.

My theory of integrative ethics shows how the five basic approaches to business ethics that are commonly presented in business education and applied in business ethics research, deontology, utilitarianism, justice, virtue ethics, and rights, can be logically inter-related using a simple systems model. The theory shows the approaches to be logical complements, not substitutes as the pedagogical literature commonly presents them.

I also have a paper introducing a typology of corrupt behaviors in organizations and an article providing a systematic sorting of conceptions of the public interest.

I currently serve as Associate Editor of the leading journal in my field, Business & Society. I have also served on the editorial boards of the Academy of Management Review and the American Journal of Political Science, reviewed almost every year for my major professional association as well as served as associate editor for the program, and have done extensive work for many other journals as well as reviewing for grant organizations.

I am one of the founders of the International Association for Business and Society and have had many professional leadership activities in academic management societies. In 2007, I was elected to the leadership track of the Social Issues in Management Division of the Academy of Management, the leading academic organization in my field, serving as professional development workshop chair, program chair, and division chair (2007-2012).

In 2014, I was a Finalist for the Aspen Institute Pioneer Award, an international award. The 2014 award was given for my MBA course, Business & Politics.

In 2019, I received the Aspen Institute Ideas Worth Teaching Award, an international award. The 2019 award was given for my CBA Honors College Course, Market Manipulations: Crises, Bubbles, Robber Barons, and Corporate Saints.

My public service activities have been especially diverse and extensive. I am pleased to have been able to facilitate the creation of several programs in public school settings, the creation of the Down Syndrome Center at Children’s Hospital of Pittsburgh, for which I wrote the original prospectus, and the creation of Down Syndrome Quarterly, which for many years was the leading journal in this field, and to have contributed to a variety of other public educational activities. I received the George Lindblom Award of the Amateur Astronomers Association of Pittsburgh in 1998, their highest award, for my extensive efforts that culminated in my securing a Pennsylvania state historical marker commemorating the first aluminum observatory dome, the iconic image of astronomy. For a time, I also wrote a column on astronomy for a Pittsburgh area newspaper. I am credited as a historical consultant for the 2019 film, “The Current War: Director’s Cut.”

Numerous activities in the areas of Down syndrome, historical preservation, public education, and amateur astronomy. Testified before and/or submitted comments to local and state governmental agencies; often interviewed in the media in such contexts as business ethics and government regulation.

“The Concept of Constituency,” Humanistic Management Journal, accepted for publication.

Editor, Special Topic Forum (Symposium), “Social Issues in Management: Focusing on Fields,” Business & Society, 58(7) (September 2019). “Online-first,” 2017, i.e., published online ahead of placement in a journal issue. Contains dedication/introduction and paper on concept of academic fields by me, three papers on candidate fields in SIM, three comments, and two additional papers, one by me.

“SIM as a Generator of Systematics and Theory Logics, and a Science of Design and Repair,” Business & Society, 58(7) (September 2019). “Online-first,” 2017, i.e., published online ahead of placement in a journal issue.

“Assurance and Reassurance: The Role of the Board,” in Robert W. Kolb and Donald Schwartz, eds., Corporate Boards: Managers of Risk, Sources of Risk, 294-315. Wiley-Blackwell, 2009. (Papers competitively reviewed; conference of same name as book.)

“Commitment, Revelation, and the Testaments of Belief: The Metrics of Measurement of Corporate Social Performance,” Business & Society, 39, No. 4 (December 2000), 419-465. This paper was presented at the “’Conversazione’ on Business, Issues, and Society in the 21st Century, University of Northern Iowa, Cedar Falls, Iowa, June 3-4, 2000. Received Best Article Award, International Association for Business and Society, in 2002.

“Credible Testaments, Property, and the Role of Government,” in Warren J. Samuels and Nicholas Mercuro, eds., The Fundamental Interrelationships between Government and Property,  vol. 4 of The Economics of Legal Relationships  (Stamford, CT: JAI Press, 1999), 165-176.