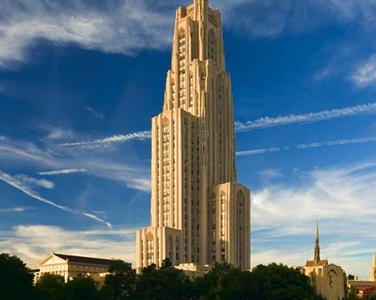 Lehn’s research focuses on topics in corporate finance, including mergers and acquisitions, corporate governance, and capital structure. In addition, he has written on topics relating to the economics of professional sports. Lehn has published in leading academic journals, including the Journal of Financial Economics, Journal of Finance, Journal of Political Economy, American Economic Review, and Journal of Law and Economics. He also has published several op-ed pieces in The Wall Street Journal. Lehn is a founding editor of the Journal of Corporate Finance. He serves on the Shadow Financial Regulatory Committee at the American Enterprise Institute. He has served as a consultant for numerous firms and government agencies, including J. P. Morgan Chase, Lehman Brothers, The Walt Disney Company, Marriott, Procter & Gamble, AT&T Wireless, the National Hockey League, the Department of Justice, and the Securities and Exchange Commission.

“Sarbanes-Oxley and corporate risk-taking,” with Leonce Bargeron and Chad Zutter, Journal of Accounting and Economics, February 2010, 34-52.

“Governance indexes and valuation: which causes which?,” with Sukesh Patro and Mengxin Zhao, Journal of Corporate Finance (December 2007), 907-928.

“The CISG: perspectives from an economist,” The CISG and the Business Lawyer, edited by Ronald Brand, Harry Flechtner, and Mark Walter, Oxford University Press, 2007, 261-265.

“Workforce integration and the dissipation of value in mergers: the case of USAir’s acquisition of Piedmont Aviation,” with Stacey Kole, Mergers and Productivity, edited by Steven Kaplan, National Bureau of Economic Research, University of Chicago Press, 239-279, 2000.

“Comment on ‘Financial regulatory structure and the resolution of conflicting goals’ by Larry D. Wall and Robert A. Eisenbeis,” Journal of Financial Services Research (September/December 1999), 247-248.

“Deregulation and the adaptation of governance structures: the case of the U.S. airline industry,” with Stacey Kole, Journal of Financial Economics (April 1999), 79-118.

“Does limited liability matter? An analysis of California companies, 1920-1940,” with Leonce Bargeron, June 2012. Presented at the UCLA Conference in Honor of Harold Demsetz, June 2012.

“Disagreement and the informativeness of stock returns: the case of merger and acquisition announcements,” with Leonce Bargeron, Sara Moeller, and Frederik Schlingemann, May 2012.